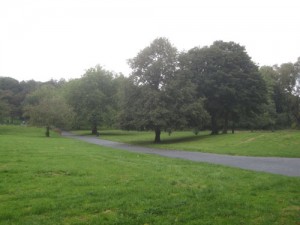 Recently Talks and Walks visited Salford’s Buile Hill Park to take part in a Tree Identification Walk. The event had been organised by the Grey to Green Project in collaboration with Start in the Park, a local group that offers artistic and recreational well-being recovery through various activities and events. Our group at Buile Hill were fantastic and it was great to see how keen they were to get into the outdoors and start the survey.

The identification of the tress in Buile Park mark one of the first surveys of Manchester’s Wildlife to be recorded into the Greater Manchester Local record Centre (GMLRC). The Centre’s aim is to build up a coherent and thorough list of all the different plants, animals and fungus that literately live on our door-step in Greater Manchester. They’re working with various groups to also encourage the residents to go out looking for this wildlife, as they know the area best. 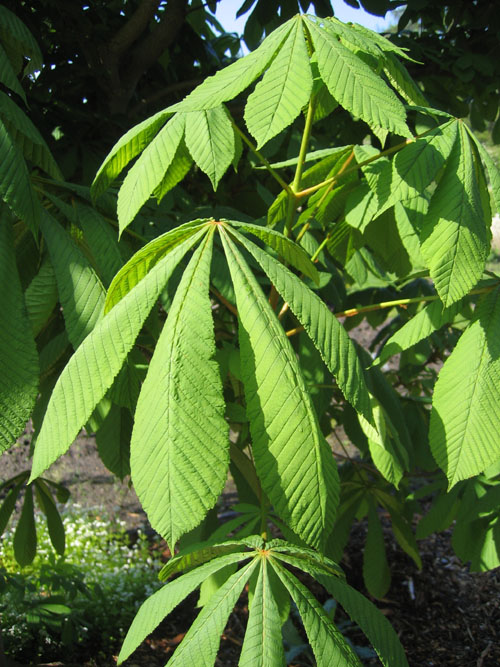 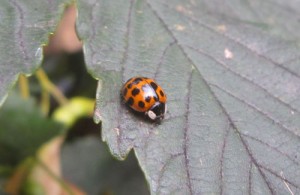 Interestingly we also saw a large population of ladybirds and at first glance it seemed there were two species. However on closer inspection it was clear that both colours were actually the same species – the invasive Harlequin Ladybird from Asia. After arriving in 2004, the species has been extremely successful but as a result our native species are declining steadily with the two-spotted ladybird falling by 44%! 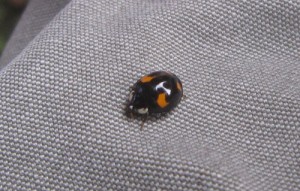 This is another good example of why the work by Grey to Green is so important. As well as surveying local species, it will also give us an idea of invasive species in Manchester. This data is essential in devising methods for controlling these species and conserve our native creatures. It may be hard to believe, but it is completely possible that green spaces, such as Buile Hill Park in Salford, have never been surveyed for it’s wildlife making GMLRC’s work extra special.

To help the centre, you can send in your sightings of any wildlife you see in Greater Manchester and record them on the GMLRC website.