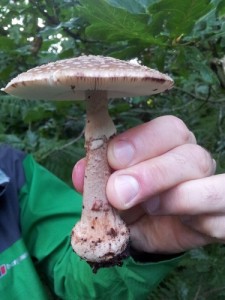 Autumn is the time of year for fungus! Mushrooms, toadstools and brackets are beginning to pop up everywhere. But where do these magical creations come from and how do they grow?

Mushrooms are part of an enormous group of organisms called Fungi. There are so many species and they are so different from everything else, they even have an entire kingdom to themselves! In Britain alone, the is over 16,000 species to be found! Unlike plants, which use sunlight to make their food, fungi lack chlorophyll and therefore cannot convert light into food. However, fungi also lack the nervous system and movement of animals so cannot get their food from eating. 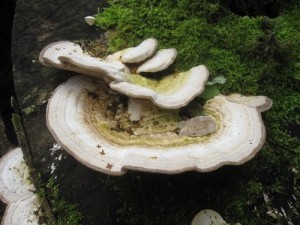 Instead, fungi are the great recyclers of the Natural Kingdom. They feed largely of dead or decaying organic matter. This can be bark, leaves and even old feathers, all broken down and absorbed to create energy. Without fungi, a lot of the dead organic matter (and the energy within it) would stay inaccessible. As it is, fungi absorb and reuse these nutrients and release them back into the ecosystem.

At this time of year, the fungus puts the energy it’s gained into producing a mushroom. The sole purpose of the mushroom is reproduction. Thousands upon thousands of spores will be released from the gills and pores under the cap of the mushroom, set free to drift through the woodland to their new home. All this goes on right outside the window and without looking closer, we’d never even know! 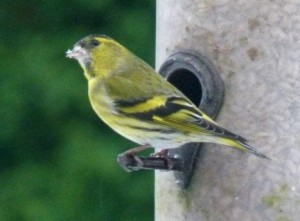 This week’s featured photo comes from Pete in Bolton who caught this stunning Siskin feeding from one of his feeders. Keep an eye out for this bird over winter, as every winter our resident population is increased by migrating birds from the continent.

Leave a question or comment below about the mushrooms you’ve seen recently and you could be featured in our future blogs! You can send any queries to: