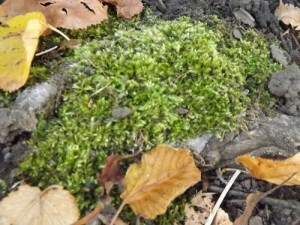 Moss is an incredibly ancient and fascinating group of plants, but it is often overlooked as an interesting species. There is, however, an huge number of species in the UK, with over 600 being recorded. But how can moss compete with so many advanced plants in the modern day world?

Mosses have no root system to anchor them to the ground or get water from deep within the soil. The have also never evolved pollen, so do not form flowers or use insects as pollinators. To solve both problems and compete with their more complex relatives, many moss species still rely heavily on water. 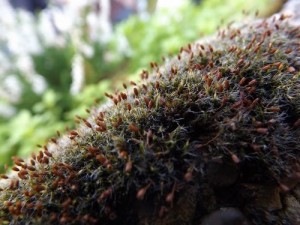 Mosses normally grow in dark and damp areas to make sure they get enough water but also because many advanced plant species cannot survive here. They therefore have little competition. The water also guarantees sexual reproduction. The sperm of the male moss has to have water to swim to the female moss. Without water, there can be no sexual reproduction. 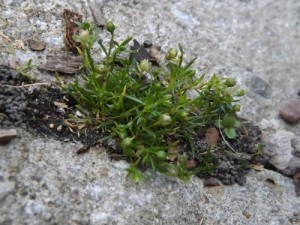 But even with no water, moss is not beaten. If there is a dry spell, moss can reproduce via a-sexual reproduction too, effectively cloning itself. This has led to some species completely abandoning sexual reproduction altogether so that they can survive the harshest of environments. So the next time you see this small plant between the cracks in the pavement, take a moment to appreciate it’s struggles, hardships and ultimate success as one of the best urban colonisers.

If you are interested in finding out more about British Mosses, why not head over to the British Bryological Website.

Leave a question or comment below about the antics your local Jays get up to and you could be featured in our future blogs! You can send any queries to: