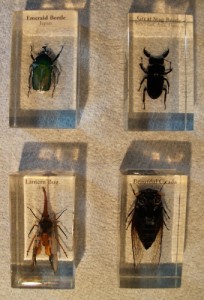 Just before Christmas, Nature Talks and Walks was offered the fantastic opportunity to join Bolton FM for a discussion about urban wildlife in and around the town. We were featured on Community Corner with Margaret and Doug. If you missed the interview, you can listen again just below. Although originally there to talk about garden wildlife, we decided to bring in one of our education items to share with the hosts and it went down a storm. We had an absolutely fantastic hour with the team and thank them very much for making us feel at home.
Insects from Around the World with Nature Talks & Walks and Bolton FM – Part 1 by Nature Talks and Walks 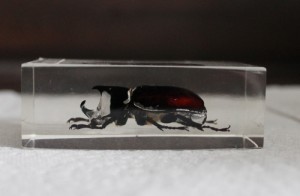 We decided to bring in our tropical bug display, which is one of our favourite items. It features a range of insects and arachnids from around the world and is excellent in demonstrating biodiversity. The only bug that was mentioned from Britain was the stag beetle, with it’s long ‘antler-like’ mouth parts that the males use to fight with one another. There was also the gorgeous rhinoceros beetle, with a dark red colouration and two long horns on it’s head for fighting. Other notable bugs included the lantern bug and the beautiful cicada. 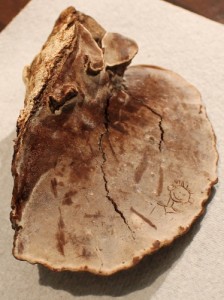 Another item we brought in to talk about was the Artist’s Bracket. This is a fascinating fungus that comes out late autumn and early winter. A bracket is a type of mushroom that typically grows on the sides of trees. This species, unlike many others, will keep for long periods of time after reproduction. Not only this but when it’s fresh, the bracket has a chalk-like substance on it’s underside and you can even draw patterns or messages in this layer. As the fungus dries, so too does the art work and after a few days it cannot be removed, hence being called the artist’s bracket.

We immediately hit it off with Margaret and Doug and look forward to working with them again throughout 2013. Stay tuned! 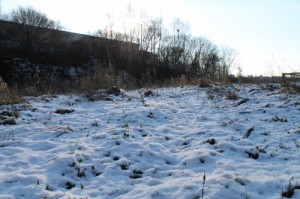 Finally today, as Bolton braces itself for a thorough snow day tomorrow, we’re asking you how your wildlife is coping with the cold snap. Have you seen an increase of visitors at your bird feeders? At this time of year birds rely heavily on feeders so make sure you keep them topped up over the following weeks. Fatballs are an excellent food choice for blue tits, great tits and robins.

How is your local wildlife coping with the cold? Share your story with us and be featured in our next blog. You can leave a comment below and send any pictures to:

Also remember to subscribe to our blog at the top right of the screen for updates on events, what to see, British Wildfiles and much more.