Following a visit to the beach at Formby, I headed into the pine forest which is one of the Lancashire’s final strong holds of the Red Squirrel. This has not always been the case though. In the past the population has almost been lost to an outbreak of Squirrel Pox. 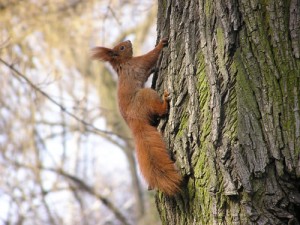 Squirrel Pox is a virus that that was brought from North America with the Grey Squirrel. It is one of the biggest killers of Red Squirrels as they have never encountered it before and therefore have no immunity. Although it is fatal to the Reds, the Greys can recover because they have evolved alongside the virus and have some line of natural defence against it.

The Reds are not out of the woods but their numbers are recovering at Formby. Whilst walking around the forests, you’re more likely the hear the rodents before you see them. Listen out for noses in the tree tops or falling needles and twigs on the forest floor. You may even be lucky enough to hear the squirrels making little squeaks and chirps in the tree tops. Grey squirrels on the other hand make a much deeper sound that sounds similar to a crow calling angrily. 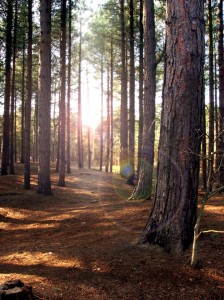 Unfortunately after the beach my camera wasn’t in best working condition, and although I didn’t spot any squirrels the proof of their existence was unquestionable. Remember to look at the base of the conifer trees and look for pine cones that have been stripped down to the core. These are the remains of the Red Squirrels food and they can be found all across the forest, including the car park!

I recommend a trip to Formby any time, but if it’s squirrels you’re after try a quieter day of the week when the squirrels are more likely to come out of hiding. The best time of day to see them is late morning or early evening as the tend to forage for food more at these times. 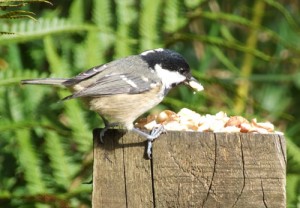 The forest itself is a brilliant location to visit for nature lovers. The seemingly endless woodland plays host to a variety of insects, wild flowers and birds. It’s brilliant to be able to see such huge differences between the beach habitat and the forest habitat in such close proximity. Keep your eyes trained upwards, as great tits and coal tits can be seen flitting through the needles whilst feeding from pine cones. Both species have short, repetitive calls. Although both have a variety of different calls, one of the most common made by the great tit sounds like ‘TEACHER, TEACHER‘. The coal tit is similar, but sounder much sweater and almost sounds like it’s calling ‘SWEETIE, SWEETIE‘.

If you see a Red Squirrel at Formby or any other wildlife in the forest or on the dunes, why not send in a picture and share your story. By sharing information on location on both species of squirrel Squirrels, we have a better chance of saving the native Red Squirrel.