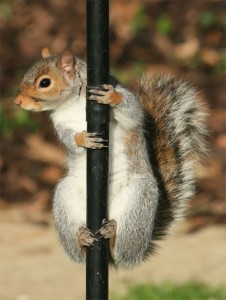 “An Exotic Species is a species that has not, does not and will not occur in a habitat through evolution or natural migration.”

“An  Invasive Species is an exotic species that causes a harmful affect on a habitat and it’s native species.”

One of the biggest issues in British conservation and around the World today is the growing problem of invasive species. These species are ones that have been introduced into an ecosystem where they do not originate from and cause a harmful and damaging affect on the native inhabitants. Firstly, it is important to stress that movement of exotic species has always happened and played a crucial role in creating the massive biodiversity of our planet. Although a natural occurrence,  the current rate of ‘invasion’ is happening at such a rate that it threatens whole food chain. In this blog we’ll be talking about what makes a foreign species ‘invasive’, how these creatures spread, what sort of effects they have and how we can help deal with the fallout.

What makes a species ‘invasive’? 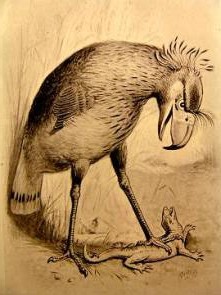 As mentioned above, species migration is a common and natural process. The will of life to spread and succeed drives species to take advantage of any new situation including new areas and food sources. A good example is the Isthmus of Panama – a thin land bridge that connects North and South America together. When this formed around 3 million years ago, exotic species from both North and South America began to invade the opposite continent. Large saber-toothed cats became the first of their kind ever to set foot in South America and giant terror-birds ran riot in the Southern states. Such events can help define large shifts in the food chain and plays an important role in the future and past of evolution. 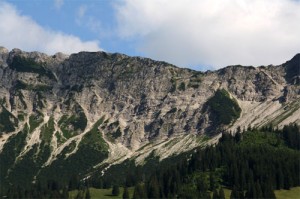 Looking at the bigger picture, over millions of years of evolution and adaptation, invasions happen at a slow and controlled speed. Species are allowed to spread to new areas only with the removal or creation of geological features such as oceans and mountains. Alternatively changes in the climate enable animals and plants to slowly spread North and South according to their own climate preference. It is also worth pointing out that not all exotic species become invasive. Many find an unused niche in their new environment and cause little negative affect such as the Common Pheasant. To be an invasive species, animals need to be resourceful, opportunistic and sometimes aggressive. These animals are the great survivors, able to adapt quickly or spread fast. Because of this, they often have negative impacts on local wildlife that has never encountered the invader and cannot compete. It can even result in local extinctions and cause substantial damage to farmers’ crops and human infrastructure. 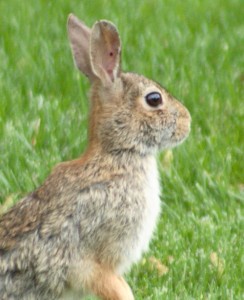 A good example is the introduction of the European rabbit to Australia. When Western humans arrived on the island continent, rabbits were one of the first animals to escape into the wild. With further releases through the 1800s, rabbits quickly multiplied. Their reproductive cycle is extremely fast, they are very sensitive of predation and their burrows protect them from the heat of the sun. As a result they thrived in Australia and are widely recognised as one of the largest factors in the loss of Australian biodiversity not to mention the enormous damage inflicted on local crops. With so many now living in the wild, they have a massive impact on local plant life that has never had to defend itself against the rabbits insatiable diet. For more information, you can check out this page – Rabbits in Australia.

How does invasion cause extinction? 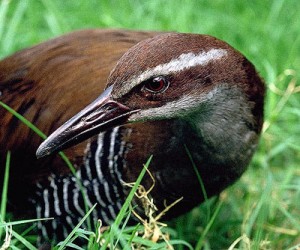 Extinction often occurs when a new, invasive species enters the ecosystem because local flora and fauna have not evolved alongside the invader. Imagine an island, far away from the mainland. A handful of bird and insect species find their way to the small rock by air and sea. Over the next few million years those original species evolve into unique and completely new forms that are able to cope with the island and one another. Due to a lack of terrestrial predators, the birds start to lose their power of flight and nest on the ground, as this uses less energy and allows them to grow bigger. Then imagine one small mammal, a rat, finds it’s way to the island. The rat is small but opportunistic and has a wide diet. The local birds have never seen a rat before and haven’t evolved any strategy to protect them or their young from this predator. If more rats come to the island, the birds will not have enough time to adapt and evolve defenses against the intruder. As the rats spread, the ground nesting birds simple die out. An entire ecosystem that has developed for millions of years with species found no where else on the planet can be completely wiped out.

It isn’t always the case that the invader is the problem. Sometimes invasive species bring new diseases with them that they have evolved alongside and therefore developed an immunity over generations. Much like the common cold, they still act as a carrier, catching the virus before becoming ill and ultimately recovering. If they then spread to an area where there is a closely related creature, the virus has the potential to spread across the two species. But because the second animal has never come into contact with the virus before, it will have no immunity and the virus could be lethal. This is exactly the case for our red squirrels. Grey squirrels carry a virus called Squirrel Pox that is lethal to the reds and has pushed them to the corners of our island.

How do invasive species spread? 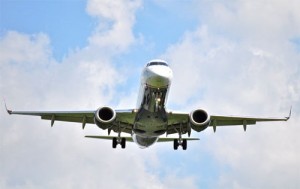 Unfortunately, today’s invasions are largely due to human activity. Since the industrial revolution, animals of all sorts have been catching lifts on boats, cars and planes to new areas of the globe. Climate change is aiding the spread of species from warmer climates. Escapees from zoos, farms and private collections can also instigate a devastating local invasion and sometimes humans deliberately release exotic fauna into the wild. The list of invasives is still growing today. With ever increasing movement of  humans around the planet, wildlife of all kinds is still catching lifts from humans as they have been doing for hundreds of years. The reason conservationists are trying to tackle this issue is because the spread of exotics has not happened naturally. Without humans, none of it could have been possible and as a result we have a direct responsibility to reverse the effects.

Can we stop the invasion? 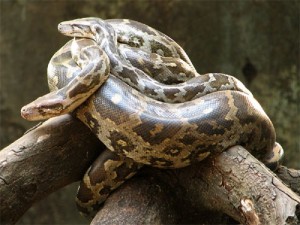 There is not a simple yes/no answer for this one. The problem has become so large and is developing so quickly it can be difficult to keep track of the changes. Conservationists are working hard to control populations and create buffer zones between native and foreign species. By doing this, they hope that we can give native species a chance to adapt and change by developing immunity to new diseases or altering behaviour, thus avoiding direct competition with the invader. This may sound like a long process, but evolution can occur quickly when new pressures present themselves. It is the long term solution we have to think about and if history has taught us anything, it is that to survive an invasion, you be able to adapt, evolve or face extinction.

Now that we realise the true extent of the problem, we can start to make amends and there have already been success stories. Anyone can help protect native species by volunteering at your local wildlife organisation. But one way that we can all help if you can’t spare volunteer time is by increasing your identification skills of the invasive species in Britain. By doing this any further spread can be noted quickly by anyone and everyone so that any conservation work can react to changes quicker and has a better chance of success.

In the next ‘Invasive’ blog, we’ll start to run through the ‘Most Wanted’ list of Britain’s invasive species and you can learn how to identify invaders, learn what problems they can cause and how you can report your sightings.